HOW TO PLAY PADDLE

When playing paddle tennis, one should know that a solid paddle or scoop is used, a less precise spherical one than in tennis, and its development is placed on a narrower court and a less wide net, so the dynamics of paddle tennis are more focused on reflexes and mental agility than on the physical condition of the participants.

The solidity of the paddle and the lower internal pressure of the ball makes paddle tennis a discipline of mental agility and reflex exercise, since the serves, which are at waist level, differ from those of tennis in which they are usually above the head, thus being more manageable than in tennis.

At Sport BS we want you to know the basics of paddle tennis. 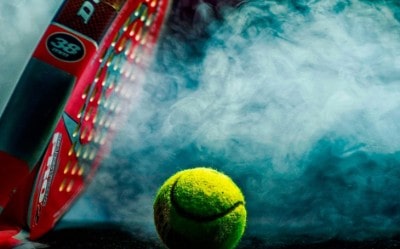 In Spain, many people are being attracted to this sport. Many have already noticed that the first step in playing paddle tennis is to choose a paddle tennis court, a dilemma faced by community sports or recreation centers, clubs, and paddle tennis court companiesthat want to meet the growing demand.

People must also choose a paddle tennis court suitable for them from those available in the establishments that have already located them. In Extremadura there are specialized companies such as SportBS in Cáceres, to install artificial grass, and manage and maintain paddle tennis courts.

When choosing a glass paddle tennis court professional advice should be sought. The game dynamics involve the use of a material that is highly resistant to the impact of the ball, otherwise; there is a risk of bursts and glass splinters being fired, endangering the attendees.

The International Padel Federation establishes that the regulatory measures of the padel courts are: a rectangle composed of ten meters wide and twenty meters long (10m x 20m), which is divided into two halves by a net, which is attached to two metal posts that must be at least nine meters and twenty-five centimeters apart.

In addition to the regulatory measurements of the tracks, the net is specified, which must be woven from a generally synthetic material, suspended over the track, and attached to the posts with a metal cable of a maximum of ten millimeters in diameter to ensure its stability.

Unlike tennis, paddle tennis is played with paddles or rackets, which are trustworthy and have holes in the paddle or racket center, four centimeters from the edge. These holes are about ten millimeters in diameter and allow air to pass through when the paddle moves.

Paddle tennis is a sport that is not always played in formal conditions and under the federation rules. Occasionally, people can be observed practicing it with rackets similar to tennis rackets, but as commented before, this one is not as convenient to handle the ball as the paddle.

Ball and scoring in Padel 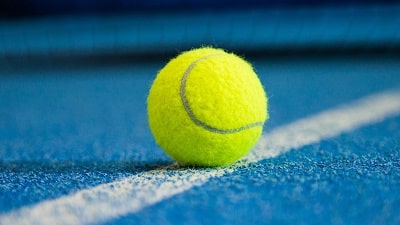 The ball used in the paddle games is identical to the tennis ball in the eyes of an inexperienced observer, it is clear that it is not for the regulars of the discipline. The paddle ball dimensions are up to 10 millimeters more extensive than those of tennis, which is almost invisible, hence the fact that everyone sees them as the same.

Similarly, the paddle ball’s weight is slightly higher, at most one gram. Still, the big difference between one ball and another in the pressure exerted for its internal compression; the paddle ball is about five kilograms. The tennis ball is almost nine kilos.

Hence, the paddle ball bounces less than the tennis ball and is less accurate, making it more manageable in terms of the game of shots near the net and to defend against serves, which are less violent and quicker than those of tennis.

As for scoring in paddle tennis, it is very similar to tennis. It starts with the kicks on the right side of the court; from there, the points begin to be disputed, assigned according to the possibility of handling the ball with an advantage over the opponent.

Concerning to the paddle tennis score, the first player to show advantage scores fifteen points, the next score is 30, the subsequent score is 40, and the fourth allows the player to win the game. The dynamic requires obtaining consecutive games to win the set, with at least two games of advantage, so the typical result is 6-4, although it could be 7-5.

Paddle off the court

Attendance at these types of events increases as the sport becomes more established,. All the money movement associated with paddle tennis off the court revolves around sponsorship, food, drinks, advertising, sports equipment, and many other related areas significant profits thanks to the paddle tennis’s popularity.

The best paddle tennis courts
CONSTRUCTION at the BEST price

Ask for an installation quote. No obligation!

What they say about us