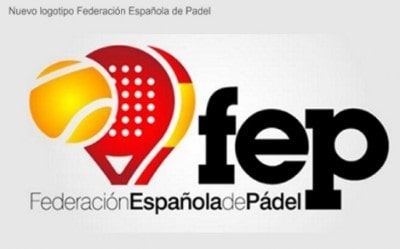 Paddle is a relatively new sport, as we have already commented in other of our Sport BS posts. It is a sport that some perceive as a contemporary variation of its predecessor, tennis, in fact playing it has only been possible since the mid-sixties in Mexico, but thanks to the large influx of tourism in the area, it spread rapidly.

Such extension and relevance covered several countries in Latin America and quickly became very popular in Europe. In Spain, it has been practiced regularly since the mid-seventies. Still, in the last decade, paddle tennis has taken on a great deal of growth, charm, dynamism and intensity, and, these are the reasons why paddle tennis is one of the most current sports today.

How the Spanish Padel Federation came into being

In 1994 the Spanish Paddle Tennis Federation was , founded, just after its international recognition as a sports discipline, which had materialized a year earlier in 1993. However, it had been played all over the country for almost twenty years.

Today, this organization consists of almost twenty regional federations, more than eight hundred federated clubs attached to them. The nearly fifty thousand players who have been certified by this association are developed in the different categories.

Playing a game of paddle

Many may wonder how to play a game of paddle tennis. The truth is that it takes place in a very similar way to tennis. You start with the serves on the right side of the court, from; there, you start to dispute the points, assigned according to the possibility of handling the ball with an advantage over the opponent.

The first to show advantage scores fifteen points, the next score is 30, the subsequent score is 40, and the fourth allows the winner to win the game. The dynamic requires obtaining consecutive games to win the set, with at least two games of advantage, so the typical result is 6-4, although it could be 7-5.

The game’s focus is to develop and maintain an advantage over the opponent; this is the conventional way of winning games and later sets. That is why it is said that it requires many studies and mental agility because the advantage is built outside the court, before the sporting encounter.

The Spanish Paddle Tennis Federation organizes a significant number of tournaments and championships in Spain since more and more clubs and regional federations are joining this discipline all over the country, generating a very active activity around this sport.

The paddle tennis championships in Spain, as in the rest of the world, are organized by category, such as age, under (under 19), under 23 (between 20 and 23), senior (24 to 39), or veteran (over 39). They are also usually grouped by regions, such as the Barcelona or Leon tournaments, and combinations of both.

The Federation has been carrying out an interesting segment: the paddle’s Spanish championships for companies in strategic association with Madison. Executives and employees from various levels of important Spanish companies participate and have put on a beautiful show.

Among the paddle tennis championships in Spain, this one has unique characteristics. In the men’s category, between eight and twelve players compete, but the women’s category is structured differently, with only couples being allowed.

Apart from this curiosity, the format of the competition is similar to the World Paddle Tour, several regional tournaments that allow the construction of a ranking, from which the finalists for the Master Final will be selected; it is worth mentioning that paddle players, who appear in the professional ranking, are prohibited.

The World Paddle Tour is a sports association based in the Spanish city of Barcelona. It became the most distinguished professional paddle tennis circuit in the world due to the confluence of several paddle tennis associations that previously had separate competitions.

One of the association’s goals is to form federations in countries or regions that are not very regular in paddle tennis, so some paddle tennis tournaments have been held in cities such as Miami or Sydney, to generate enthusiasm among the spectators and potential athletes.

Another aspect being highlighted is the improvement of the access of the general population to paddle tennis courts since it , was initially reserved for the sectors with the most significant purchasing power and nowadays it is a sport that is performed by many types of people since it is a sport that has become popular.

Extremadura Federation and Paddleball in Cáceres.

In Spain and Extremadura, more and more people are attracted to playing paddle tennis because it is a versatile sport, accessible to them, and like most sports, it is also very beneficial to their health. That is why Extremadura has paddle tennis courts and regional paddle tennis federations to gain more followers every day.

The main tournaments in this sport are often held in Spain, and Extremadura, with paddle tennis players from Cáceres taking part. There is also a trend for businesses such as hotels, campsites, sports centers, communities, and even individuals to install a paddle tennis court on their premises to play paddle tennis.

In the city of Cáceres playing paddle tennis is a sfavorite of the people of Extremadura. That is why there is a growing number of sports centers, clubs and sports spaces, in general, interested in installing paddle tennis courts and building sports flooring in Spain, Portugal, the United States… There is also a great demand for paddle tennis court maintenance services in Cáceres, where Sport BS provides our experience in the world of paddle tennis.

The best paddle tennis courts
CONSTRUCTION at the BEST price

Ask for an installation quote. No obligation!

What they say about us